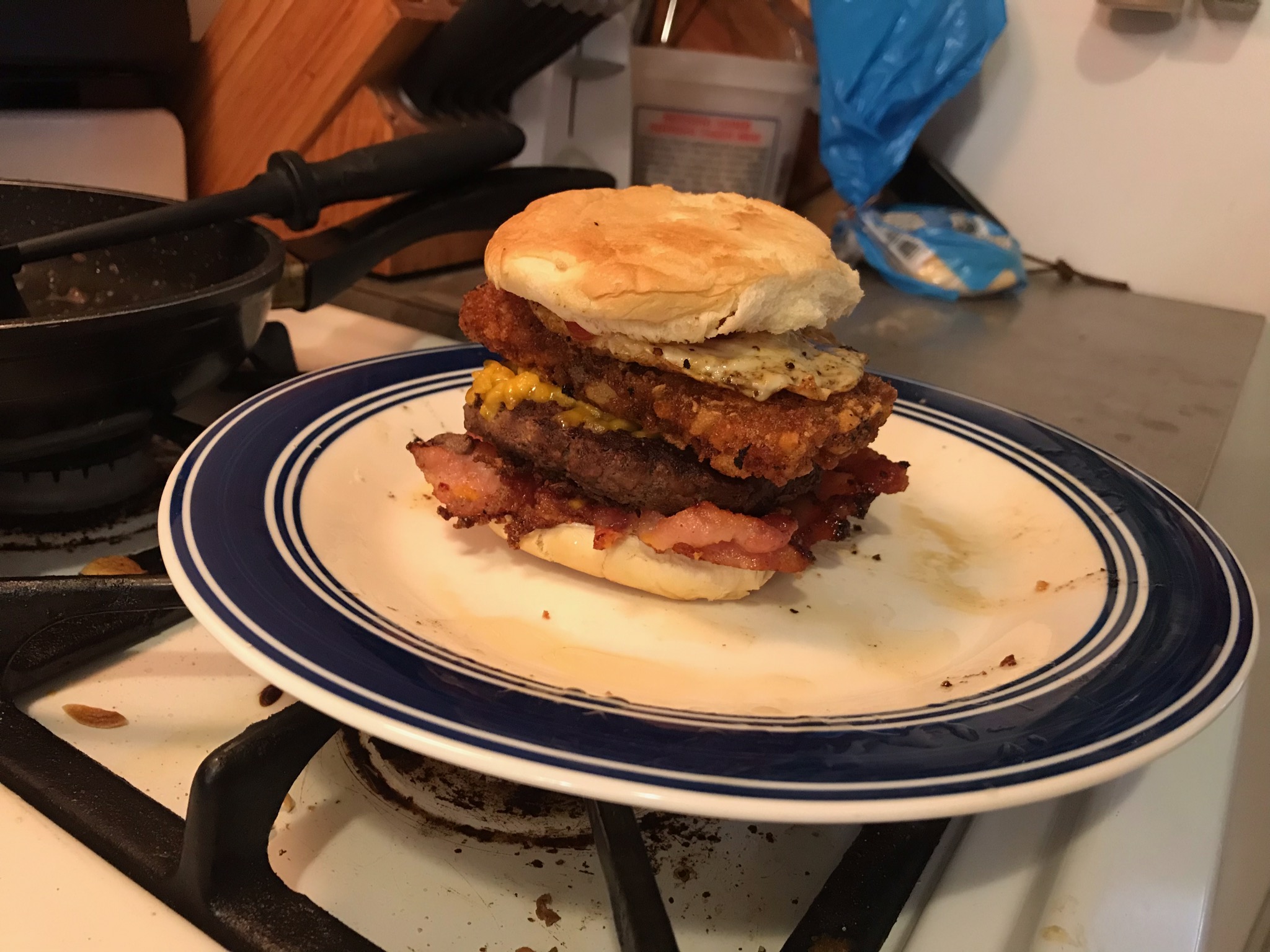 Sometimes I get a craving for a burger, sometimes that craving comes first thing in the morning. When you’re when your’e feeling hungry for some meaty, bacony, breakfast goodness– cereal just won’t do. I was feeling that the other day! I wanted a burger, not just any burger– a breakfast burger!

So I decided why not? I looked in the fridge, freezer, and cupboard and realized I had everything for a delightful breakfast. I had one bun left over from the bbq earlier in the week, a frozen burger patty (also left over from the bbq), eggs, frozen hash brown patties, and of course half a pack of bacon!

I started with my bacon. I pulled it out, weaved it all together and made a bacon weave! I tossed that in my pan first and as soon as I had a little bacon grease I tossed in the hamburger patty. I cooked em both up, pulled the meat out and set it aside putting a little cheese on top to melt.

Next I fried up my egg and hash brown patty in some bacon grease. When they were done cooking I pulled them and toasted my bun. The toasting toasting gave it a little strength to handle the greasy goodness I had created.

I like mayo and ketchup on my on my burgers so I smeared mayo on the bottom, ketchup on the top and assembled the goodness– bottom bun, mayo, bacon weave, hamburger patty with cheese, hash brown patty, egg, ketchup, top bun. OH YEAH!

Some of you are probably disgusted by the greasiness and amount of food, others are starting to salivate! Wherever you fall, just know I enjoyed every bite and followed it with chocolate chocolate milk! So satisfying! You know you want some!