Our No Dig No Weed Potato Garden 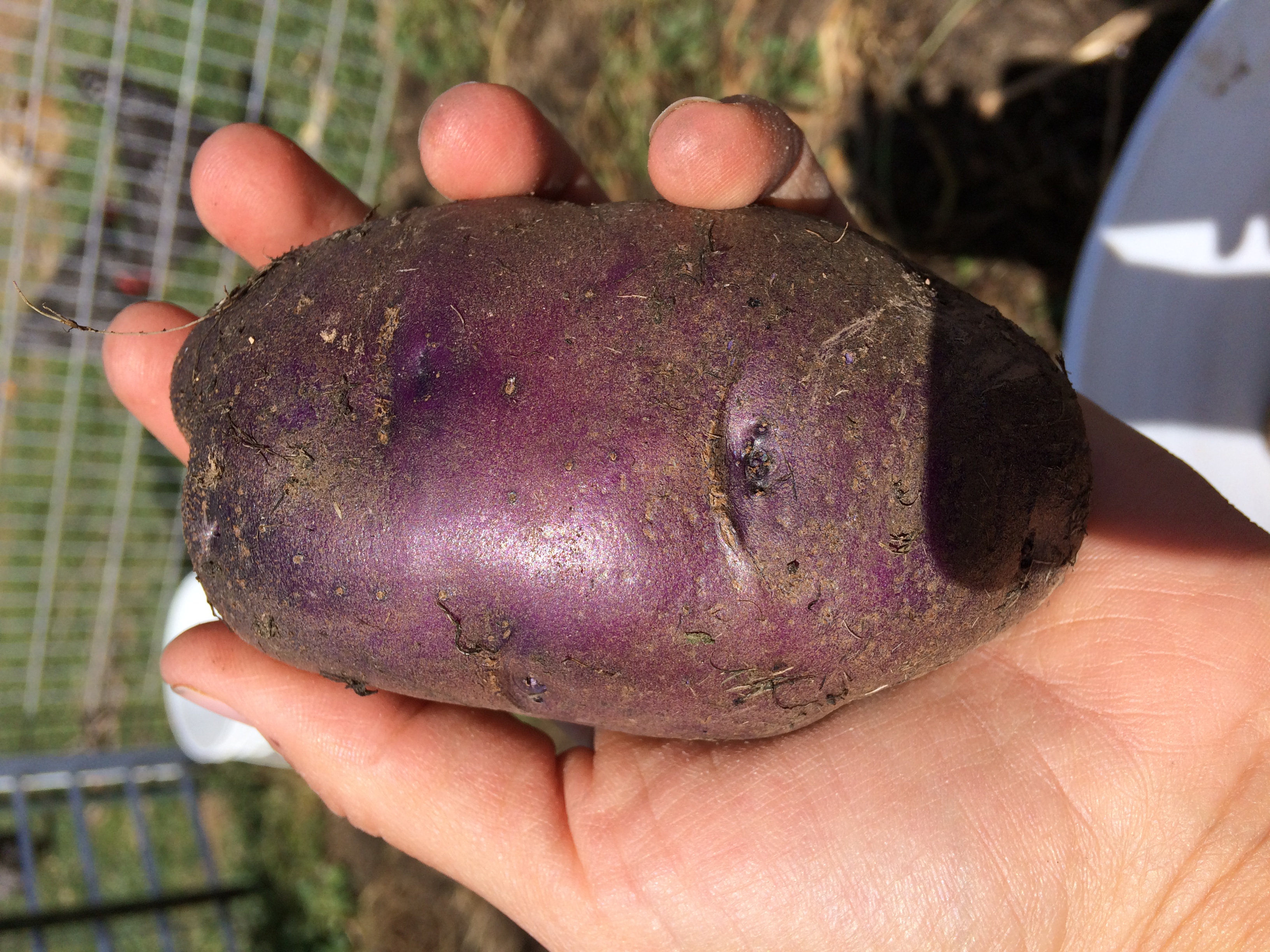 This year we went a little crazy and decided to try and plant a potato garden. It turned into more of a potato field, but it turned out pretty good!

So we have been really getting into the whole farming and homesteading thing for about a year and a half now. We spend a lot of our evenings watching homesteading videos on YouTube or reading or watching videos made by Joel Salatin or Justin Rhodes. In all of our learning, Dave came across an interesting idea introduced by a woman named Ruth Stout.

Her idea was that you could create a low maintenance garden by using spoiled hay as your growing medium. This means no digging and, by using her method, no weeding! (insert huge happy face emoji here!) We researched it a bit and every account we could find of people trying this method all happened in the Eastern United States.

We live in the high desert of Southern Utah. Here in Cedar City we average 13 inches of rain a year. It is far drier here than most places in the Eastern United States. So we wondered would this method work here? In this arid environment? But if we didn’t try we wouldn’t know….

Last December we used some hog panels and sectioned off a 16′ by 32′ section of one of our pastures. We had some old spoiled grass hay on the property that had been here since before we moved in, that we used to cover the ground in that area. We put down probably 10 or 12 bales of hay in there and then let it sit to decompose for the winter.

When May came and it wasn’t freezing quite so hard anymore, it was time to plant the potatoes. We got some seed potatoes from the local nursery and then went to planting. We decided to try 3 different kinds of potatoes, “All Blue” potatoes that are a fun metallic looking purple potato, “Yukon Gold” and “Pontiac Red.”

We have enjoyed planting the purple potatoes in past years, but had only planted in pots before. We didn’t know what the yield would be using the Ruth Stout method so we planted pretty heavy. We planted 50 lbs of purple potatoes, 10 pounds of the Gold and 10 lbs of the red. We made rows in the hay and put the potatoes on the ground. I did cut up the really large ones into halves or thirds. Then we covered the rows back up with the decomposing hay.

About a month later the potato plants began to pop up out of the hay. As they grew I added hay to the garden and mounded it up around the plants to encourage them to grow higher and give it more hay to grow potatoes in. We also used the hay as weed control and covered the weeds and morning glory to smother it. That part didn’t work as well as we would have liked. The morning glory was everywhere in the potato garden!

Throughout the summer we just let it grow. The pasture is watered every other day by sprinklers so the potatoes got adequate water.

When it began to freeze the first weekend of October. This killed the potato plants and it was time to see if our little experiment had worked. I got into the garden and rolled back a small section of hay to discover more potatoes than I expected to find! It was a success! Posted below you can find a short video I made when I first took a peek under the hay.

It took several hours of uncovering a strip of the garden at a time and gathering up the potatoes. But there was no digging to do! I just rolled the hay aside and began my treasure hunt! The hay had broken down very well creating a perfect growing medium for the potatoes.

When we finished bring in all of the potatoes we were very pleased with our yield. We ended up with a whopping 270 lbs of potatoes! The All Blue potatoes ended up giving up 153 lbs, the Yukon Gold produced 41 lbs. Pound for pound, the Pontiac Red grew the best giving us 76 lbs of potatoes from the 10 pounds we planted.

Now bring on the potato recipes!!

2 thoughts on “Our No Dig No Weed Potato Garden”