Is She Pregnant or Just Fat? 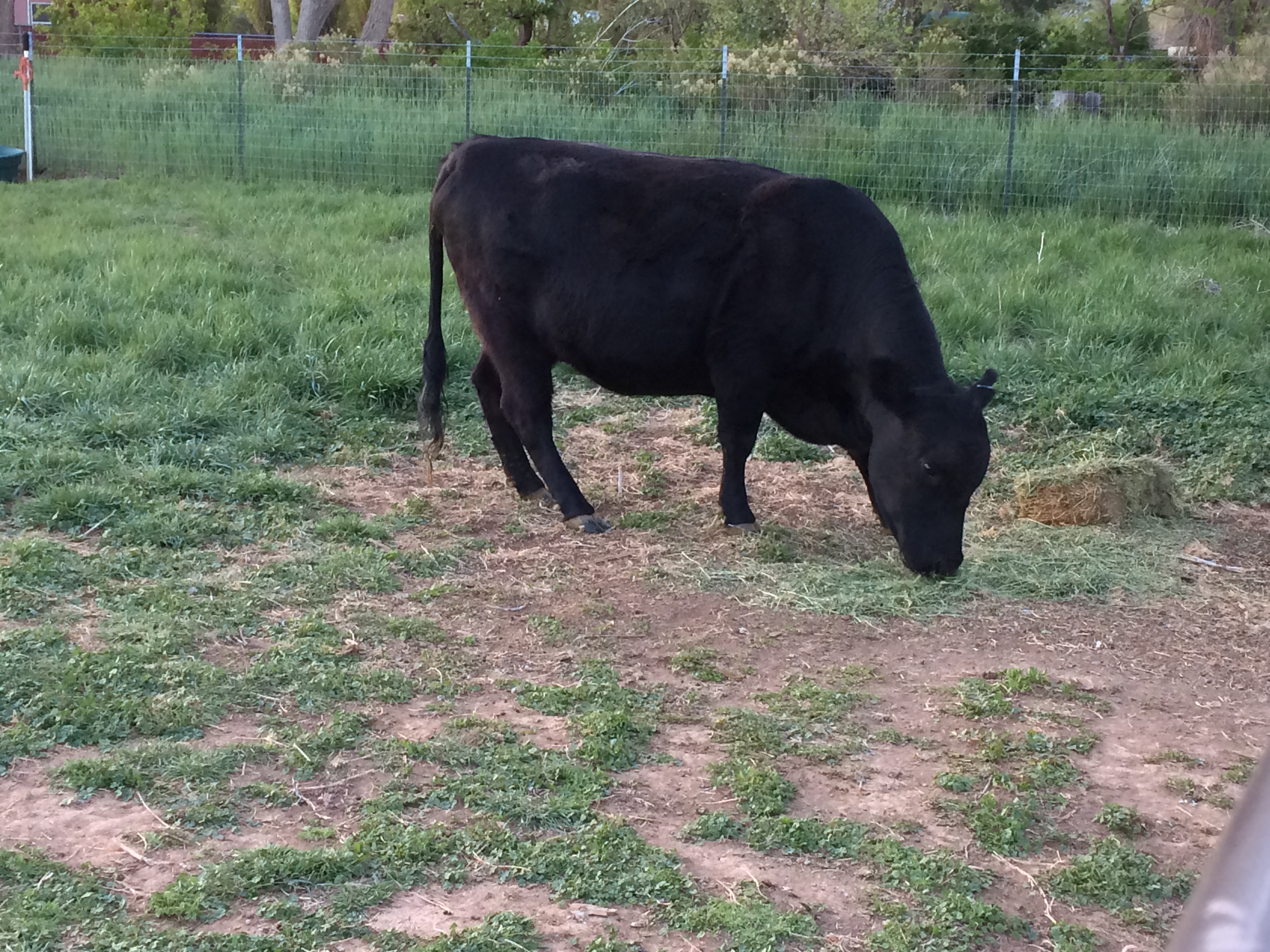 Getting our cow preg checked was an interesting adventure. She had been with a bull some time in the beginning of March which was a couple of months before we bought her. However, we didn’t know for certain if she was pregnant. She has had two calves before, so we knew that she wasn’t sterile, but we decided we wanted to know for sure.

The consensus? We still don’t know for certain…

In July we contacted a local cattleman who is the local go to for preg checking cattle, to see if he would be available to help us with our cow. We figured he would have us take her somewhere with a squeeze chute to be able to put her in and hold her while he checked her, but instead he told me we could just tie her to a fence post to get the job done.

He came over that evening and the rodeo began. I have mentioned while talking about Sequoia before that she will come to me for sweet mix, but will only allow me to touch her if she is in the process of eating it. I assumed this would be super easy to catch her with some grain and get a rope around her neck. Well you know what assuming does…

Because Sequoia trusts me the most and is most comfortable with me touching her, I was the one who was going to get a rope around her neck. I tried to hold the rope so that she would have to stick her head through the loop to get to her pan of grain, but as soon as she realized that we were trying to get a rope on her she pulled her head back and ran.

I am sure we looked like a bunch of rodeo clowns running all around the two acre pasture trying to catch this cow. We finally got her pinned between a couple of parked farm trucks and got the rope on her.

After feeling around in there, he concluded that her uterus was definitely weighted but that was the only sign of pregnancy. He couldn’t find any of the main arteries that should be supplying blood to the developing calf nor was there and movement or kick when he thumped on her uterus. The biggest problem as to why he was struggling to find any other telltale signs was that she was still so fat!

9 thoughts on “Is She Pregnant or Just Fat?”