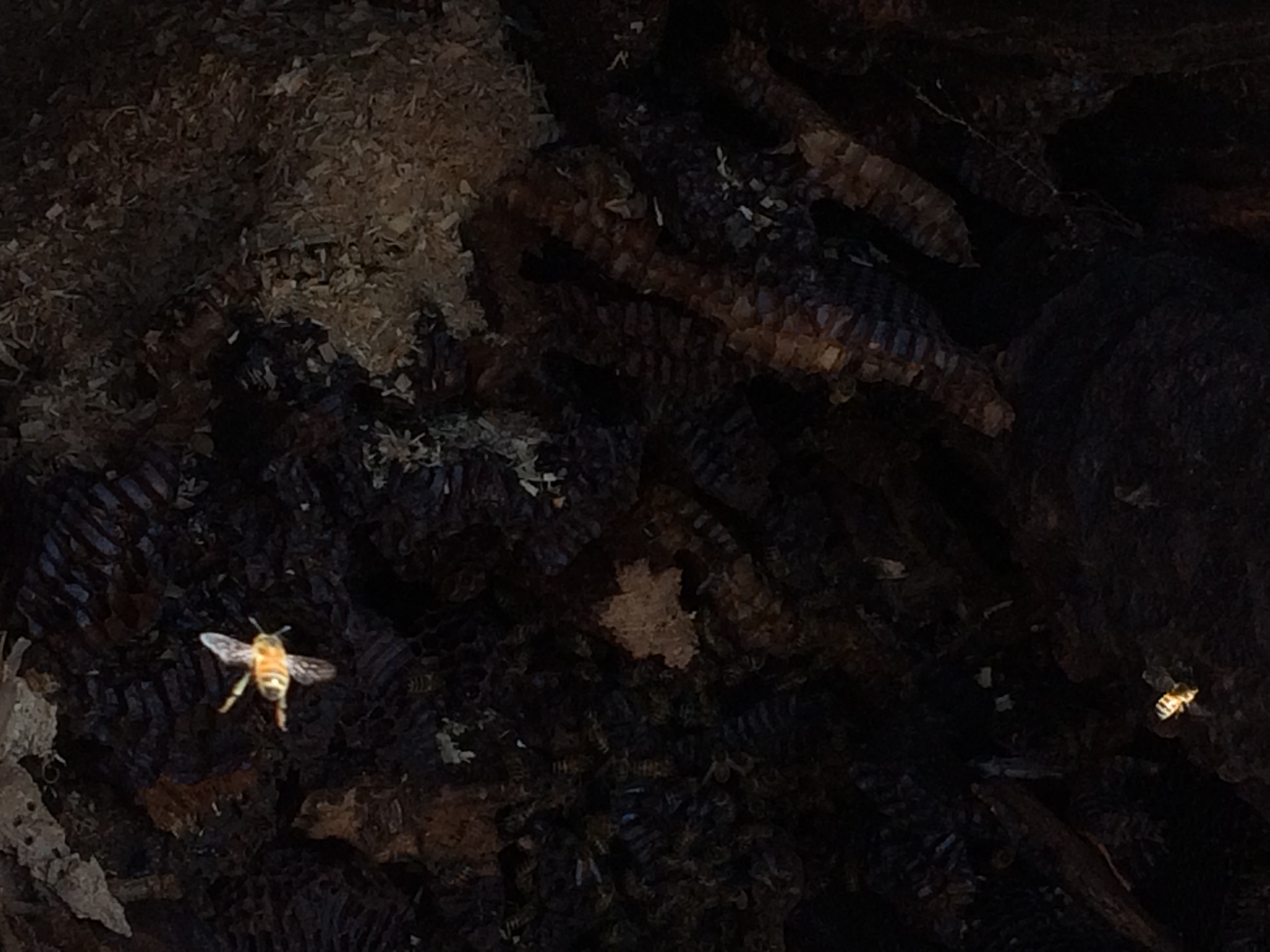 So I have been putting off writing this post because I was sad and kind of embarrassed that it happened, but the reality is that it was out of my control. I was so excited to get my own hive, and harvesting one from an old tree was such an awesome experience that I didn’t want to admit that my first hive did not take. That first colony flew away.

When we first tore that old tree apart and moved the colony into the Langstroth hive, we searched high and low for the queen but never did locate her. We just had to hope that she was somewhere in the midst of all of the bees. After leaving the hive at the site of the old tree until dark, I then moved the hive about 5 miles away to my in-law’s backyard for a week.

One week later I moved the hive to our little farm. The night I moved them to the farm I could hear them buzzing and actually had to wait a while til the hive calmed down that evening before I dared move it. So I knew they were still in the box. Two days later I was out in the pasture and although it was early, there was no activity around the hive. I opened the top of the hive and there were no bees in it.

I was really bummed. I had already failed at being a beekeeper in under 10 days! I mean I know it wasn’t my fault. We tried to find the queen, and its possible that she had died and the colony was too weak to requeen itself, or that we had missed her within all the rotten wood of their former hive. I don’t know… Either way the bees must have recognized their former territory even after having been removed from it for a week, and they left.

That evening however, I got a text from a guy who was selling off some of his hives. I had seen his add on a local classifieds site (KSL) and contacted him about purchasing one of them several weeks before. He already had them pending sale at the time, but then that sale fell through so he kept my info and reached out to see if I still wanted one.

A few days later, my husband and I made a date out of going to dinner and picking up my new hive. This was not a nucleus hive, it was a strong overwintered hive with two supers that were mostly full. After having this hive for 6 weeks, I added a 3rd super to see if I might be able to get some honey from them this year.

Last week, unexpectedly, I ended up with a second colony. The county bee inspector had been called out to collect a swarm that had moved into the eaves of someone’s house and he needed someone to give them a home. My friend, Anna let me know about it so I called right away. The next day he dropped it off at my house. it has been here a week and is still abuzz with activity. We put 8 frames with foundation into a super along with an in-hive feeder to get them started. Tomorrow I am going to open up this new hive and see if there are any egg cells. Hopefully this will grow to be a second healthy colony.