A Gift From the Farm 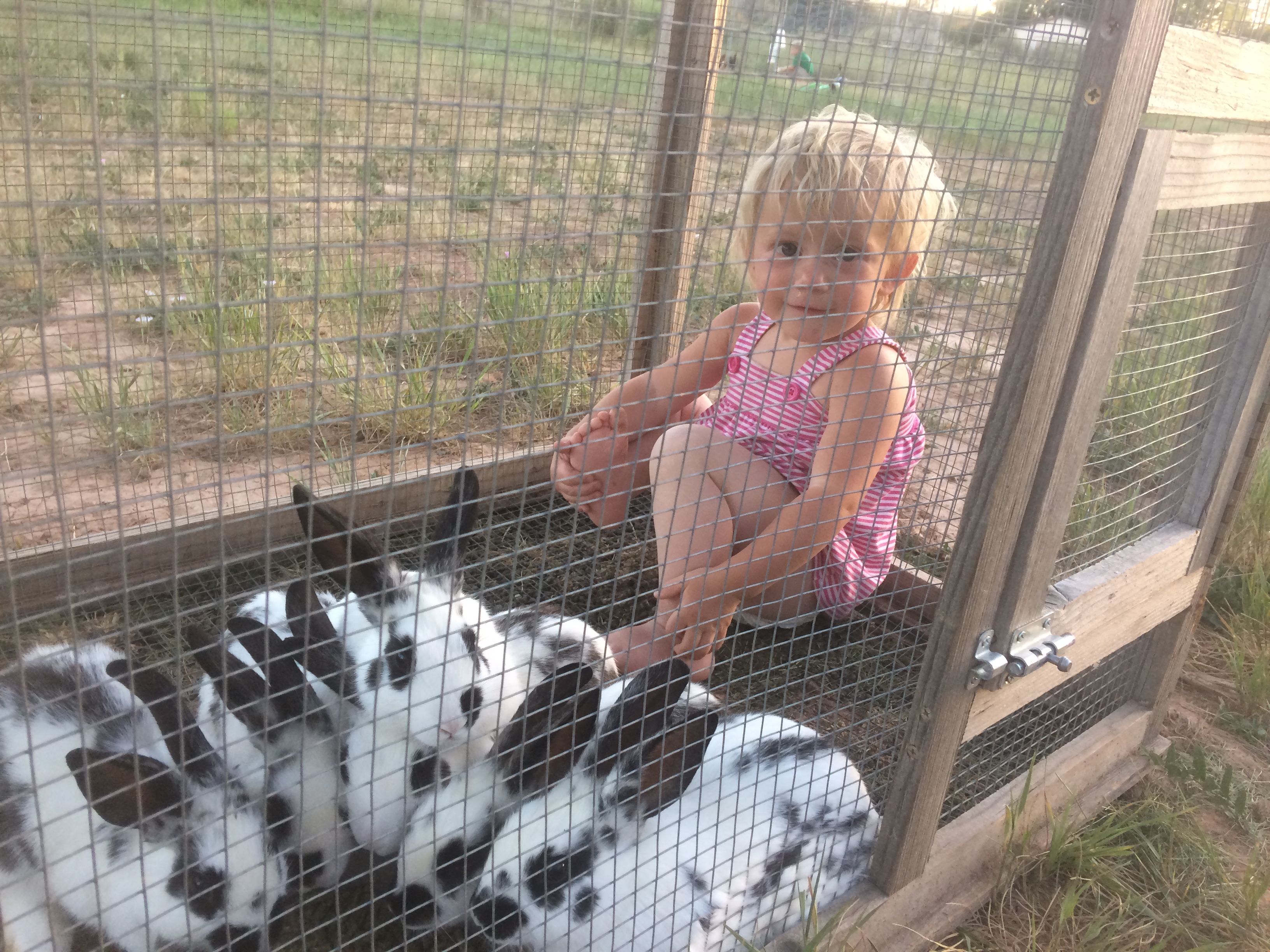 This spring we were surprised to find an addition to our farm that we weren’t quite ready for: 6 cute baby bunnies! When we moved out to the farm, we had inherited some ducks and chickens from the previous tenants. What we didn’t know for several months was that we had also inherited a very wild domestic rabbit that had gotten away from them a few years before. Over the winter the kids and I would find her tracks in the snow out in the back pastures and Dave had seen her around in the evenings, but we didn’t know who she was or if she belonged to someone in the area. Overtime we realized that she lived somewhere on our property and then in April we discovered where she was living.

One Sunday morning as we were heading off to church, I noticed a cute miniature version of the mama bunny hopping around our shed. Upon further inspection we discovered 6 cute little bunnies along with Mama Bunny were sharing a nest under the shed. At the time I knew very little about rabbits (except that they breed like rabbits) and had no idea who the father was. After some google searching, I learned that the domestic rabbits people keep as pets are European breeds and that they are not able to successfully mate with the wild rabbits we have here in Southern Utah. So, the mystery lingered leaving us to wonder how she got knocked up. It turned out, we found out later, that the neighbors’ male rabbit got out one night and that secret tryst resulted in 6 babies a month later.

We had always talked about having rabbits at some point when we felt we were ready for that addition to the farm. Well, when these cuties showed up, we decided we needed to do something with them or else have a major feral rabbit problem in the next few years. We left the babies with Mama Bunny for several more weeks just to be sure they were old enough to leave their mother. While they were living under the shed, we enjoyed watching them in the early morning and evenings when they would come out and find weeds and plants to nibble on. Sadly, the shed under which they had taken residence was right next to the garden plot and they ate our entire spring garden!

After a few weeks we were needing to get our summer garden planted so we needed to catch those buggers and find a way to catch Mama Bunny as well. Catching the babies wasn’t too difficult, but Mama was another story. Using a live trap for months we tried to bait her in, but nothing ever got her into the trap. She would continue to wreak havoc on my garden for most of the summer despite our attempts to catch her. And so like that the Farm decided to gift us with rabbits!

We used an old rabbit hutch that was left on the property to house them in until we built them a much better one when we sexed them months later. The kids loved to climb in the hutch with them and play while they were still small. So far, they have been a good and easy to care for addition to the farm.